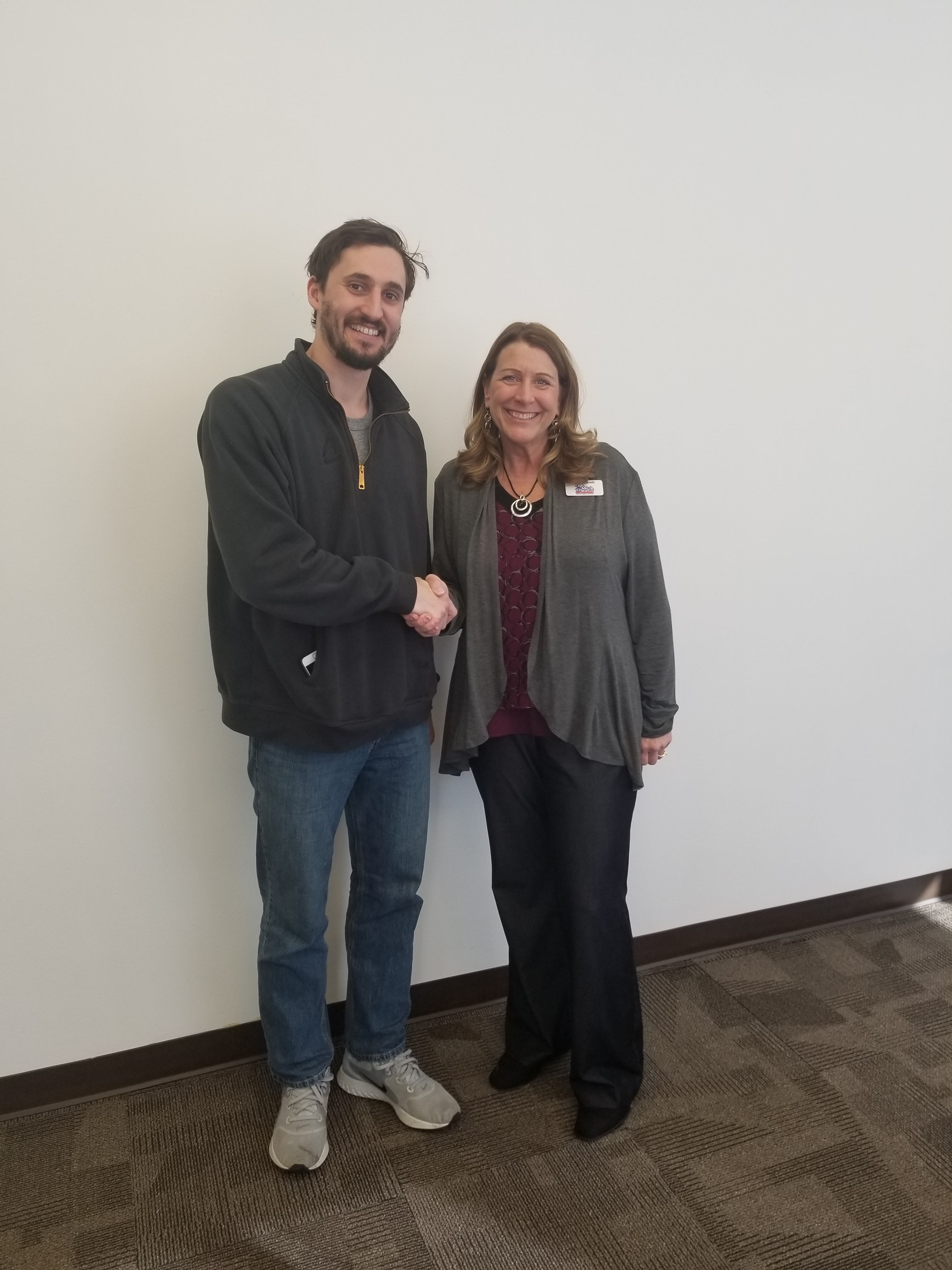 "I’m really thankful for this program!"

When Matt Morrison was shopping for a home loan on a foreclosed property, he met with a mortgage officer at Wells Fargo in September 2018. He described the home he wanted to purchase and the extensive renovation it was going to require. The house Matt had his eye on had endured 8 dogs and an indoor pond created by broken water pipes and then sat vacant for over a year. His banker told him about Neighborhood Finance Corporation and how the program worked in Des Moines, and that it would soon be opening an office in Cedar Rapids. Matt did his research and applied to the program as soon as the Cedar Rapids office began accepting applications last fall.

After preparing the paperwork and a carefully orchestrated construction schedule, Matt was among the first local applicants approved. He was able to get the renovations the home so badly needed scheduled to begin exactly when NFC required to meet the conditions of the loan. The timeline NFC set forth was very specific, and Matt’s 1953 two-bedroom has now been completely remodeled inside. Construction was completed in late February, and Matt has just moved in.

Matt’s loan was an unusual situation because it was a new purchase on a bank foreclosure.â€¯ It helped that is uncle is a general contractor and was able to provide the bids for the renovations.â€¯ â€¯

NFC offered Matt a great opportunity for home ownership. “Lynn Barrett was great,” Matt said. “There were some bumps because I was the first one and this was such a special situation, so it was tough and a lot of back and forth. The thing that I loved about Lynn was that she was always available and great to work with.” Matt did say the paperwork was a headache, but it was worth it to secure a renovation loan paired with a forgivable loan.

Matt had a positive experience with NFC and is appreciative of the much-needed remodeling the program allowed him to do on his new house. “I’m really thankful for this program. It’s such a good thing for a first-time homebuyer, especially for somebody who doesn’t have a lot of money upfront for a down payment.”

We welcome your comments. Please leave your ideas and opinions below.